The aromatic compounds benzene, toluene and xylene (BTX) are vital building blocks for plastics like PET. BTX is produced as an important byproduct in oil refineries. A green alternative was lacking, but now the Dutch company BioBTX is building a pilot plant to produce aromatics from biomass using a unique, patented technology: integrated Cascading Catalytic Pyrolysis (ICCP).

‘BioBTX is a technology provider, we develop technology for the market and license this to chemical companies. In the conversion of biomass to BTX we are one of the leading companies in the world.’ That’s how Chief Technology Officer Niels Schenk describes the mission of BioBTX. His company has recently shown that their process to convert biomass into BTX and subsequently into plastics can produce a real, high quality product. With partners, they produced a cosmetics container made of 100 percent biomass-derived PET.

BioBTX is the first company to successfully convert low grade biomass into BTX in a commercially viable manner. The technology they use is called Integrated Cascading Catalytic Pyrolysis (ICCP). ‘Catalytic pyrolysis is a well-known method to produce aromatic compounds from biomass, but it has an important drawback. The biggest problem is that the zeolite catalyst is sensitive to minerals which can be abundant in biomass’, explains Schenk.

The solution that BioBTX came up with is to introduce an integrated two-step pyrolysis which protects the catalyst from the minerals. The end product is chemically identical to petrochemical BTX.

‘We can use any kind of biomass to start with’, says Schenk. In contrast, the new 100 percent biobased PET bottles recently presented by the Coca Cola company are made from sugar. ‘We have used crude glycerin for our showcase, a byproduct of biodiesel production. But sawdust, woodchips or lignin work just as well. This means our product does not compete with food production.’

And the result is a drop-in product, says Schenk. ‘Our showcase product, is the result of an intensive innovation effort, in which BioBTX led a fruitful cooperation between players throughout the value chain, from feedstock to injection molding.’ The real proof will come later this year, when a pilot plant using the ICCP technology will be operational. ‘We have to be certain that the process is fully compatible with PET production on a larger scale, but so far, the only way to distinguish our 100 percent biobased PET from the fossil oil product is the use of carbon-14 dating.’

BioBTX has attracted investment to build the pilot plant, which is now being constructed. This will produce BTX samples in large enough quantities for polymer producers to do application tests. ‘This will provide us with data for the next step: a demonstration plant.’ Schenk is confident that ICCP will move from pilot to demonstration plant with relative ease. ‘The number of steps in the process is limited, the design is straightforward.’

The potential for biobased BTX is huge, says Schenk. ‘Worldwide, the production of BTX is around 100 million tons, increasing by four million each year. Our aim is to provide for half of that increase with our ICCP technology. Getting enough biomass for such large-scale production shouldn’t be a problem due to the availability of large agro-waste streams.’

And all this should be possible on a purely commercial basis. Schenk: ‘Our technology is economically competitive, we can produce our aromatic compounds cheaper than the petrochemical industry does.’ On top of that, the biomass derived BTX is future proof: ‘The oil prices are going up and down, the price of bio-BTX should be more constant. Furthermore, the demand for petrol may very well decrease, and petrochemical BTX is a byproduct of petrol production.’ Add this to the fact that biomass derived BTX reduces carbon dioxide production considerably, and the case for this product is very strong indeed.

BioBTX was founded in 2013. ‘A group of people from different companies around the University of Groningen in the Netherlands had a discussion on new ways to use biomass to provide building blocks to the chemical industry. We discussed which organic molecules were needed for a sustainable future.’ They identified a number of crucial building blocks: ethylene, propylene and BTX (aromatics). A lot of work was already being done on the first two molecules, so it was decided to focus on a green source of BTX.

KNN, Syncom and the University of Groningen provided input for the ICCP technology. BioBTX is located on the Zernike Campus, an area on the northern edge of the city of Groningen which houses part of the university (including the Faculty of Science and Engineering) as well as the Hanze University of Applied Technology, and a large number of spin-off companies. Both institutes have a strong focus on developing a sustainable society.

BioBTX has worked closely with different companies from the northern provinces, where three out of the seven main Dutch chemistry clusters are located, as well as a large portion of the Dutch arable land. Together with a very cooperative local government, this makes Chemport the hotbed for new developments in green chemistry in Europe. The aim of all involved is to change the nature of chemistry – a motto that is being turned into reality in the Chemport Europe ecosystem. 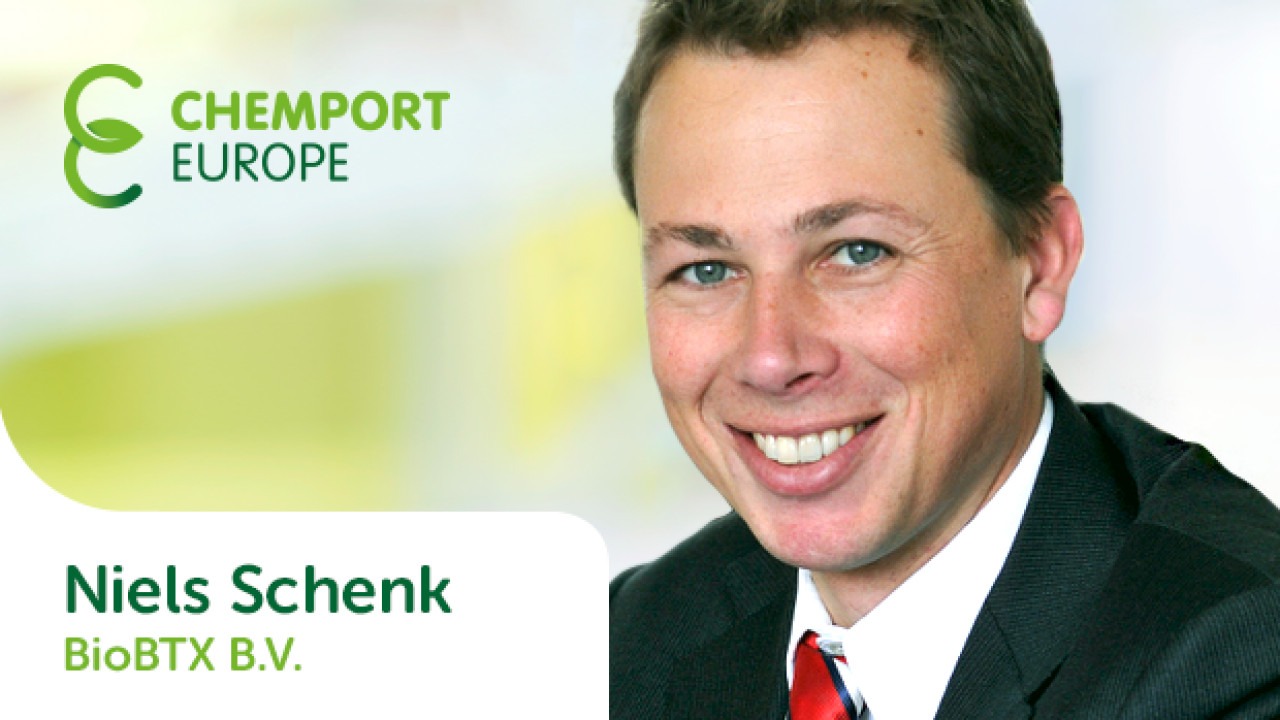