Groundbreaking technologies for a biobased future

The Dutch company Avantium has an impressive portfolio of new technology which enables them to convert biomass in to pure glucose, make ethylene glycol from the glucose to produce PEF polymers and convert carbon dioxide into valuable building blocks using electrochemistry. By 2020, all these technologies should be tested in pilot plants.

‘Avantium is a technology company, we develop new concepts and bring them to the market by partnering and licensing’, says Chief Technology Officer Gert-Jan Gruter. ‘Our three main research topics are bio-refinery, production of ethylene glycol from glucose and electrochemical conversion of carbon dioxide. And we also do contract research in chemical catalysis.

Interestingly enough, the bio-refinery process they have developed is based on technology that’s over one hundred years old: the Bergius process to hydrolyze lignocellulose (plant and wood residue) with hydrochloric acid into dissolved carbohydrates. This process was used until the end of World War II in Germany and even longer in Russia. ‘But the process isn’t very cost effective, as you need large quantities of water to remove the acid – which than has to be recovered for re-use.’

Avantium, based near Amsterdam Sloterdijk (with a second lab at Amsterdam Science Park), developed the so-called Zambezi process (Gruter: ‘All our processes are named after rivers.’) which significantly reduces the water use. ‘Our innovation is that we can separate sugars from the hydrochloric acid without using any water, and lignin with just 20 percent of the water used in the standard Bergius process.’ In the Zambezi process, biomass is cascaded into three different streams: mixed sugars from the hemicellulose component in the biomass, glucose from the cellulose component and lignin, which has a very high energy content.

The mixed sugars can be used to produce bio-ethanol. Pure glucose is the most valued product, an important building block for organic chemistry. ‘Lignin can be burned in power plants, but might be used as a raw material in certain applications in the future.’

The new steps of the modified Bergius technology work on kilogram scale, and Avantium is now working towards a pilot plant which will process tons of biomass and produce mixed sugars, glucose and lignin for testing by potential partners. ‘This step shouldn’t be a major problem, as the Bergius technology has already been proven effective on a large scale. There’s a lot of Russian literature which we have had translated.’

The next step is also in preparation: ‘We are planning to build a reference plant which will process 130,000 tons of dry woodchips, and can be expanded to 350,000 tons of dry biomass’, says Gruter. We are developing a business case for a plant in the port city of Delfzijl. ‘There is an important chemical cluster there, with knowledge on using hydrochloric acid as well as a power plant which can use our lignin.’ Partners in this plant are chemical company AkzoNobel, power company RWE, Staatsbosbeheer (the Dutch Forestry Commission) and of course Chemport Europe.

The second new technology pioneered by Avantium is called the Mekong process, which produces ethylene glycol. Gruter: ‘Conversion of sugar to ethylene glycol now takes four steps, which makes it too costly. Our Mekong technology reduces this to one step.’ Development of this project is about one year behind the biorefinery. ‘Of course, the feedstock for Mekong is glucose – a product of our biorefinery!’

The third technology, electrochemical conversion of carbon dioxide, was acquired when Avantium bought the US company Liquid Light, a spin-out from Princeton University. ‘We have transferred their equipment and part of the staff to a facility at the Amsterdam Science Park and merged it with our own group working on electrochemical catalysis.’ The concept that is now being developed should produce an electrochemical cell which can convert carbon dioxide into formic acid and then oxalic acid, a di-acid that Avantium is investigating for polymer production.

As Avantium is not a production company, they are always on the lookout for partners to bring their technology to the market. ‘Our first anticipated biorefinery will be in Delfzijl and will produce some 200,000 tons of sugars, glucose and lignin. With Chemport Europe partners we have a strong business case. Also, the port of Delfzijl and the overland connection to Germany helps us with imports and exports. But we are developing business cases for ten different sites, all over the world, where a biorefinery can be commercially viable.’

The same goes for the Mekong process and the electrochemical cells. ‘Our vision is to roll out our new, sustainable technology to produce 100 percent biobased and sustainable building blocks for polymers all over the world.’ The first step to a larger scale could very well be again supported by Chemport Europe.

Avantium is a spin-out from Shell research which at first focused on catalysis. Some ten years ago, the company started to expand into other fields as well. There are now two business units: Catalysis (building on and branching out from the Shell inheritance) and Renewable Chemistries. A third business unit, in which the YXY technology for producing FDCA and PEF (polyethylene Furanoate) was developed was spun-out into Synvina, a Joint Venture with BASF.

The company is based in Amsterdam Westpoort near Sloterdijk with a second location on the Amsterdam Science Park and has strong connections with the University of Amsterdam. Since October 2016, Chief Technology Officer Gert-Jan Gruter also holds a chair in Industrial Sustainable Chemistry at the UvA.

For its Zambezi reference plant, Avantium chose Delfzijl as the preferred location. With two chemical clusters and leading knowledge institutes, this part of The Netherlands provides a lot of support and infrastructure as well as plenty of space. The port of Delfzijl can be used for imports and exports. Nearby power plants are ideal for the use of lignin as fuel. Chemport Europe is the incubator for these types of innovative projects in the Chemical industry. 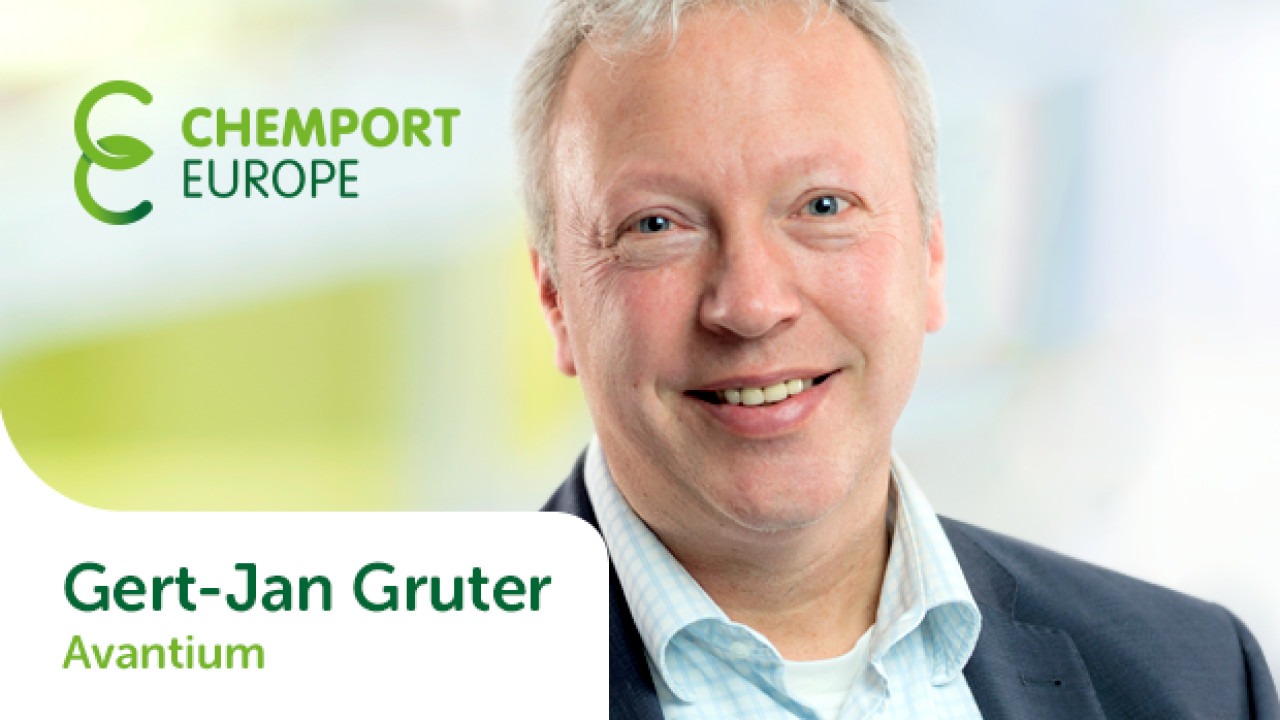