Photanol uses one of the oldest organisms on our planet to produce sustainable building blocks for the chemical industry. Photosynthetic cyanobacteria convert carbon dioxide into sugars and by genetic engineering convert these into useful products. Already, seventeen products can be produced in the lab by these cells. Three of them will be tested in a large-scale pilot plant.

‘We turn carbon dioxide into chemicals with sunlight. And in this way, we can provide a fully sustainable alternative for oil-derived products. Our cyanobacteria can do this more efficient than agricultural platforms.’ The enthusiasm is audible in the voice of Photanol CEO Veronique de Bruijn. Her company went from idea to business in less than four years, and another five years later the engineering plans for a pilot plant are being discussed.

The idea was deceptively simple. A photosynthetic cell can make sugars from carbon dioxide and light. Adding the genes to ferment these sugars into useful and valuable products like organic acids or terpenes would turn the bacteria in a production platform which requires hardly any nutrients. Since the start of Photanol in 2012, this idea has been developed and already seventeen products can be produced by the cyanobacteria.

‘These were one of the first organisms on Earth – and we owe the oxygen-rich atmosphere to them, so you might say they made life as we know it possible.’ The bacteria can be engineered with relative ease. Knowledge gained from other production platforms like yeast or E. coli bacteria can be used to make them produce specific products. Furthermore, cyanobacteria can excrete specific metabolites, so it is not necessary to lyse the cells, as must be done in similar production platforms based on algae.

A strategic choice made early on by Photanol was to aim for higher-value compounds. ‘Others have focused on ethanol, which currently has a relatively low market price. Our first three products will be organic acids for the production of polymers, among other things. And we may add terpenes, which have an even higher value.’

So far, work has been done on laboratory scale and in the optimized pilot plant in Bleiswijk. However, Photanol is cooperating closely with Omega Green, a company that grows algae for food and feed and has already built a hectare-size production facility in Eemshaven. ‘We can use very similar techniques. The specific requirements of our bacteria have been tested in de lab and pilot, so we know the important parameters’. De Bruijn is confident they can grow their cells in a large-scale facility without major problems.

The bacteria do need carbon dioxide, but are not very choosy: ‘In our tests, we have used exhaust fumes from a camping stove, and exhausts from the Tata Steel company. We don’t need purified gases.’ The cells live in long plastic bags. ‘We drain old fluid and dead cells, and extract the organic acids using off-the-shelf technology’, says De Bruijn.

Heating or extra lighting is not necessary in the Netherlands. ‘But there is plenty of waste heat available at the industrial complex where we plan to build the pilot plant. In a country like Norway, I could envision a facility with heating and LED lights, in which the cells will grow 24/7. But the costs would be higher, so this is only feasible for more valuable products.’

The factory in Delfzijl will be modular. ‘First, we want to prove that our concept is technologically and economically viable.’ Three years from now, the plant should have an output of ten tons of organic acids. ‘It will be modular, so once we have it running, we can add new modules to increase production.’

As all three organic acids are purified from the growth medium using the same phase separation technique, it is possible to switch between products, or have different modules produce different acids, based on demand. ‘And it would be just as simple to use a module for a new product, like the terpenes.’

Once the production process has proven itself, factories could be built anywhere, explains De Bruijn. ‘The idea is that these factories can be built under license wherever there’s demand for the products our cyanobacteria produce.’

What Photanol wants to offer is a way to produce sustainable building blocks for organic chemistry. ‘They must be as good as the petrochemical equivalents, but cheaper and with significantly reduced footprint. And we are convinced our cyanobacteria are even more sustainable than plants producing the same building blocks from biomass. Calculations show that we are 24 times as efficient as agriculture.’

The cyanobacterium system was invented by two professors from the University of Amsterdam, one specialized in photosynthesis, the other in fermentation. At some stage, they met and discovered how their knowledge was complimentary. That’s where the idea arose to use sunlight to produce glucose which could then be fermented into useful products all within one cell and using CO2 as feedstock. This would usually be done by first growing plants, then extracting sugar and subsequently using yeast or bacteria to convert this into organic acids or other compounds. The revolutionary idea was to use cyanobacteria for all these steps.

After the initial idea hatched in 2008, Photanol took off early in 2012, located on the Amsterdam Science Park. First, genetic pathways to produce different chemicals were transferred to the bacteria. The seventeen successful attempts were patented, and developed further. During these stages, close ties with scientists at the University of Amsterdam remained.

The step towards a next generation pilot plant meant moving part of the operation to the Delfzijl area in the Netherlands. There, Omega Green is natural partner: they share their experience with large scale growth of algae, Photanol shares knowledge of their cyanobacteria-platform. Scientific collaboration is sought with scientists from the nearby University of Groningen on process engineering, genetic modification and excretion of metabolites. For downstream processing, Photanol works in partnership with AkzoNobel.

The Chemport Europe ecosystem offered space and cooperation with different chemical companies. A distinct advantage of the site in Delfzijl: planning permission for chemical companies is easy, it is already designated as a chemical cluster. The demonstrator factory will be built in a joint venture with a strategic partner and development supported by investors. That’s the way Photanol works: create new technology and license it to those who need it. 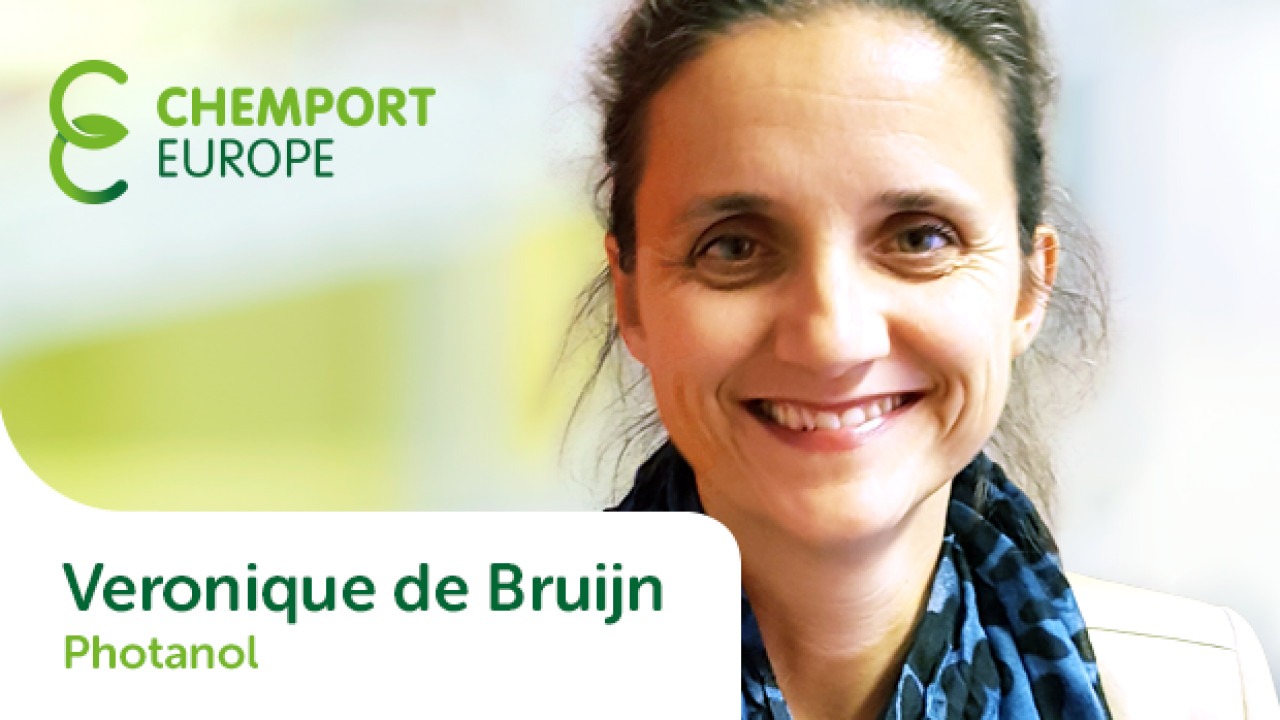